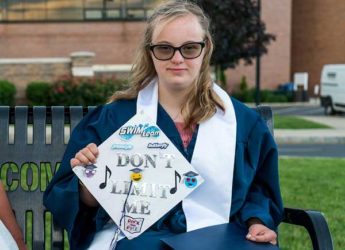 One day, in April of 2017, Mark and I were wondering what would happen to our 19 year daughter Katie when she aged out of high school. Employment is very difficult to come by for people with Intellectual Disabilities. Studies show that this group of people are the most dedicated employees and do a great job….yet nobody hires them. We weren’t the only ones with the question, “Where will my child work?” Many of our close friends shared this concern.  It was time for us to be the change we wanted to see: creating meaningful work for the Intellectually Disabled population. Katie has down syndrome and can stay in school until age 21. We had two years to figure something out. That may seem like a long time, but I think we all know the saying “the days are long, but the years are short!” We pondered many ideas…and one that stuck was a restaurant that would employ adults with intellectual disabilities. We thought that this might work, so we decided to “think on it” for awhile. 2 weeks later, Lester Holt did a story on NBC Nightly News about a restaurant in McKinney, Texas, called “Hugs Cafe.” There are no coincidences. Maybe this idea of ours wasn’t so crazy after all! We got in touch with the Founder of Hugs Cafe, Ruth Thompson. Ruth spent a few hours on the phone with us and then Mark and I invited ourselves to Hugs Cafe. In July of 2017 we went to Texas. We worked in the restaurant, met with the manager (the amazing Maria), met with some Hugs Cafe board members and spoke with customers. We were so inspired by Ruth and the employees. This restaurant was AWESOME! We KNEW that we could do something like this in the Middletown area. We are really lucky that Ruth continues to be our mentor. She has proved to be invaluable to our process. We are so grateful to Lester Holt for showing us “Ruth” and “Hugs Cafe!”